By now, we’re all familiar with the playful variant of drone technology, including cameras, navigation via tablet and small remote controls. However, most people consider drones a toy for the young or young at heart, for nerds or technology enthusiasts.

Drones – more than just a toy

But in reality, the opposite is the case. The topic of UAM (Urban Air Mobility) attracts air traffic just as much as aspiring start-ups, pioneers and well-known technology giants like Amazon or Google. Both national and international players are looking for ways to market their products, meaning they are searching for useful applications.

Here, they not only focus on material transport, parcels being dropped into gardens by Amazon, pizza from the local delivery service, but also on more serious and important applications such as the delivery of emergency medicine, getting an overview of dangerous situations or accidents, or the transport of people.

In a few years, urban airspace will be teeming with drones, and the sound of the 21st century will be the whirring of drone wings during take-off and landing.

But in addition to the advantages of this technology, we also have to keep its risks in mind. The rather rigid regulations for drone use over densely populated areas are currently being supplemented and simplified by technological and organizational advances and will help shape the future of deliveries via drones in urban areas.

Classical ATM aspects such as airspace clearance, weather conditions and flight corridors are in demand. But now they have to be applied in an urban confined environment, in airspace heights around 100 m, with equipment that is too small to appear on classic radar systems, and which partly requires new technologies to avoid collisions, especially since most drones will be flying autonomously.

All of this takes place above people’s heads, above power lines, roads and railway lines, competing with urban air transport, such as helicopters or, in the future, autonomous transport of people in drones. Entirely new crisis scenarios must be considered and conceived, and their implementation must be ensured. Therefore, it is important to introduce an emergency management UAM tailored to the respective cities.

Decentralized control stations connected to authorities, local rescue services as well as the police and the fire department will be required to monitor urban aviation security.

All these institutions use computer-supported technology to monitor processes, camera systems, radar, the weather and card material. – In this classic control room scenario, KVM helps keeping workplaces clean and improve their ergonomics. In top of it, the technology organizes processes and lets employees focus on their tasks by separating workplaces from computers.

Just as in classic air traffic control, KVM will become an important part of any control and security concept in UAM.

New control center concepts with the help of KVM

The UAM sector will not only bring new benefits to the population, but also open up new opportunities for control room providers and KVM manufacturers such as G&D. 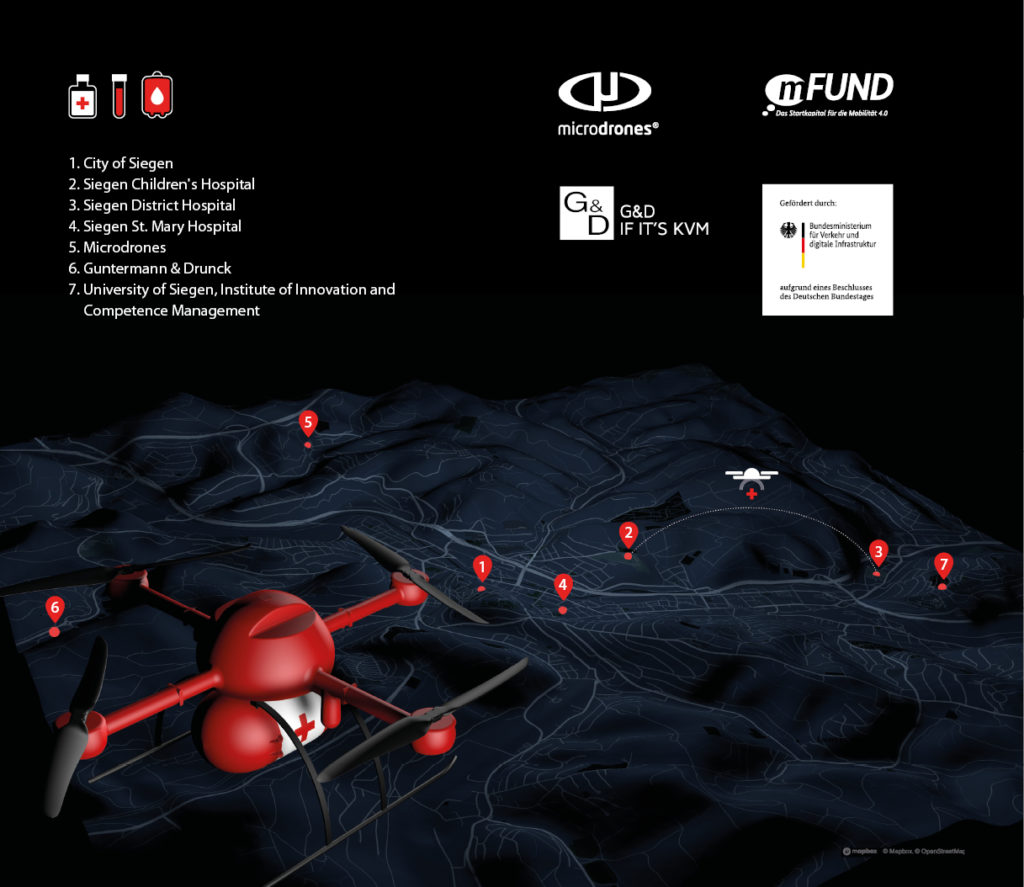 This is why G&D has already been involved in several drone control center projects. In cooperation with partners such as the city of Siegen, the company Microdrones, and the municipal hospitals, G&D has developed a control center concept in Siegen under the motto “Rethinking Medical Care”. In the future, this concept will be used to transport blood and tissue samples safely by drone from the hospital sites to the central laboratory in Siegen for fast analysis.

This contribution even goes beyond the aspect of medical benefits, because it also includes ecological factors such as the reduction of the CO2 footprint and the reduction of fine dust pollution from courier vehicles.