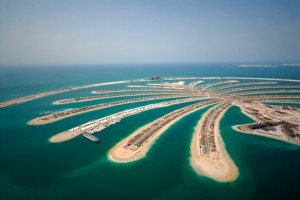 Mission: possible. Every now and then, our KVM products have to face really tricky challenges. They even were applied in sunny, hot Dubai where they helped building the unique Palm Jumeirah.

You’ve probably seen The Palm Jumeirah on pictures or  even in person while visiting Dubai. Despite the contradictory opinions about the man-made island: You have to admit that building the island was an incredible achievement.

The palm that came from nothing was supposed to become the latest attraction at the coast of the rich emirate. Dubai’s vision of an extraordinary housing complex was partly built by Van Oord, a Dutch company  with core competencies in dredging, construction and land reclamation for the maritime industry. These skills made them the perfect partner for such a huge task 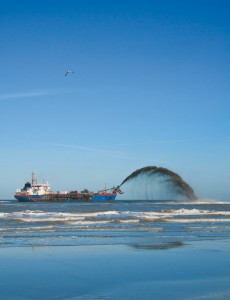 Over the past 10 years, Van Oord’s system integrator Koning & Hartman have been equipping the company’s ships with KVM devices. And there’s a good reason for that. Spraying 94.000.000 cubic metres of soil and sand to their destination requires precise planning.

With ultra-modern equipment, the pipeman monitors and operates many different processes on board of the ship. The accurate mixture of soil and sand, the pump speed and moving the robot arms are only some aspects that play an important role for reclaiming land and therefore need to run smoothly.

In other words: great responsibility for the crew, much equipment that needs to be operated and monitored and little space on the bridge. The perfect requirements for KVM equipment.

Considering the size of the ships, there are of course large distances between server room and bridge. But this aspect must never be a reason for compromised video quality. To comply with this demand, KVM extenders connect bridge and server room. 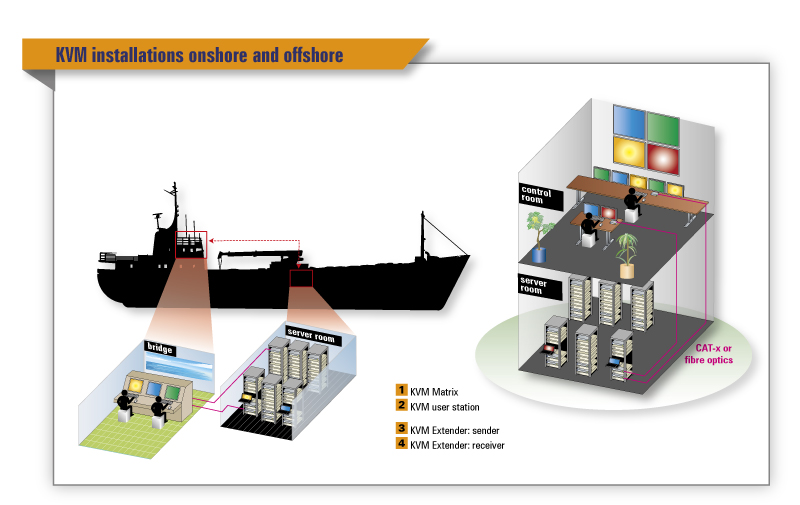 KVM matrix switches let the crew access multiple computers from their workstations. Now they can easily monitor and operate their equipment.

On top of that, there’s more space on the bridge and the heat from computers disappears. But it’s not only the crew that benefits from removing computers from workstations. In separate server rooms, computers can be stored according to their requirements: cool, dry and with as little dust as possible.

The crew at the bridge can still access its computers in real-time. In case of emergencies, everyone can react immediately. Redundant parts in the devices provide even more safety. After all, a failure in any device is not supposed to stop the work process.

The palm that nurtures palms

After The Palm Jumeirah was finally finished, it looked rather bare. Today the island is decorated with hotels, villas and apartments. In the gardens of the houses grow palms, which seem to thrive on the palm-shaped island.

The once bare island turned into a small paradise. Therefore it’s no surprise that we are proud that we played a small role in building the island.

G&D’s #KVM solutions have been a mainstay in mission-critical control rooms for decades. But what exactly does KVM do? And what type of solutions can G&D provide especially for industrial process automation? Let's find out: zcu.io/ftLD #IndustrialAutomation

With the ControlCenter-IP, we have taken the features of the classic ControlCenter series and integrated them into a KVM-over-IP matrix. The resulting ControlCenter-IP combines the advantages of both worlds. #KVM #KVMoverIP pic.twitter.com/zylsz2shEX

Even the smallest devices take a long time to develop. Today, you can follow our journey of how a big idea turned into our new, pocket-sized KVM extender VisionXS. dlvr.it/S1RqgV pic.twitter.com/OeJDITvFMY

💡 Welcome to a new era of G&D #KVM products. Stay tuned and join us on a new, exciting journey. youtu.be/sW-kTbO7AbE

Want to access your #KVM systems from the home office or another #remote location? Then the new RemoteAccess-GATE is the perfect choice for you: youtube.com/watch?v=9ujWIH…

In this week's @kitplusuk interview, G&D's Jochen Bauer takes a closer look at the RemoteAccess-GATE, which lets you access your #KVM systems at any time from anywhere. youtu.be/eoBxcQhxQu8

Our products and solutions are often hidden. But they are relevant and work. You can rely on G&D. That's quality you can feel. When working in a control room. When installing in a server rack or at workplaces. G&D simply feels right. youtube.com/watch?v=FXbRyY…

At G&D, #innovation and a focus on quality are the driving forces of our daily actions. For this reason, we are incredibly proud to have received the #TOP100 Award as one of the most innovative medium-sized companies in Germany. blog.gdsys.de/en/2021/02/18/…

Jochen Bauer, Director of Sales and Marketing at G&D, speaks to @IntAirport about how we are dealing with the pandemic and helping airports to integrate #KVM solutions into their #ATC. internationalairportreview.co…