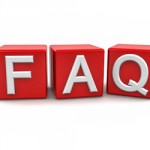 In many working environments, noisy computers distract employees and take large parts of the often little space. That’s why it’s useful to remove computers to remote, access-protected server rooms. But how do you access your files and data without computers at your desk? That’s where KVM extenders come in handy.

What are KVM extenders?

As the name suggests, KVM extenders extend computer signals. The systems consist of a transmitter and a receiver. Connected to the computer’s standard interfaces and placed in remote server rooms, the transmitter forwards keyboard, video and mouse signals to the receiver placed at the desk. Transmitter and receiver are placed apart from each other in two different locations. Both units are connected via existing CAT cables of fibre optics. In addition to keyboard, video and mouse signals most devices transmit other signals as well.

Which signals do KVM extenders extend?

How do you benefit from applying KVM extenders? 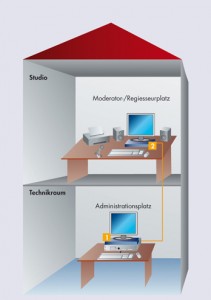 We could also ask: How do you benefit from offices without computers? Because that’s what you get when applying KVM extenders. In the following, I will show you how KVM extenders improve the working environment in post production.

Those among you who work in broadcasting know that computers in this industry require high performance. But  computers with high performance cause heat and fan noises. They also take away lots of  valuable space. Of course that’s distracting especially when certain tasks demand maximum concentration. A working environment without computers provides you with the following advantages:

Since KVM extenders are hardware solutions, there are no costs for additional software.